Since starting bellydance classes as a beginner in 2001 and then turning professional in 2005, I’ve been blessed to attend classes, courses and workshops with many of the greatest teachers in the world. But it was whilst undertaking the Hossam and Serena Ramzy Advanced Dancers course that I took the plunge and turned professional.

Holding a Diploma in Bellydance from the International Dance Teachers Association (IDTA), I teach workshops on all elements of bellydance and I’ve had the honour of lecturing on bellydance for the IDTA.

If I had to pick, I’d say that some of the highlghts of my performance career have been performing with the Ramzy orchestra since 2006. Especially when we went all the way to Beijing, China! Here we are at the venue! 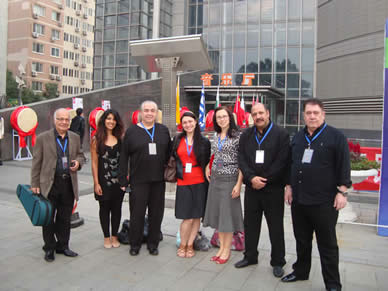 Some highlights from Helen’s past performances and events 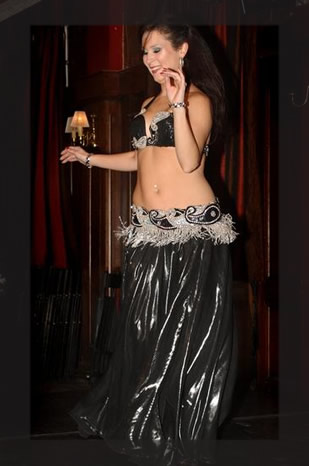